What are the different ways of communicating with Asa?Note that Asa will always reply you via direct message and not in the workspaceThere are 3 ways in which you can communicate with the Asa bot1. Slack shortcutsIn Slack, type the slash in your workspace or direct message with Asa, a popup will appear 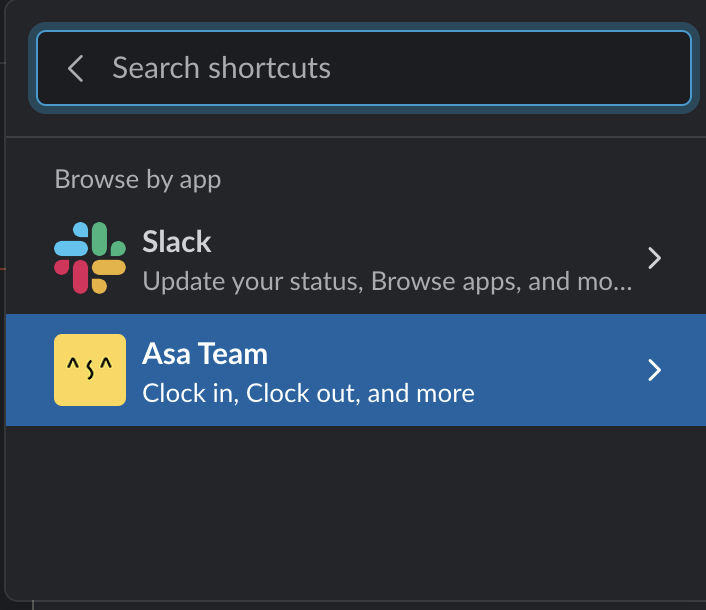 When you click on the Asa Team, the list of available commands will appear, choose which command you want to execute. 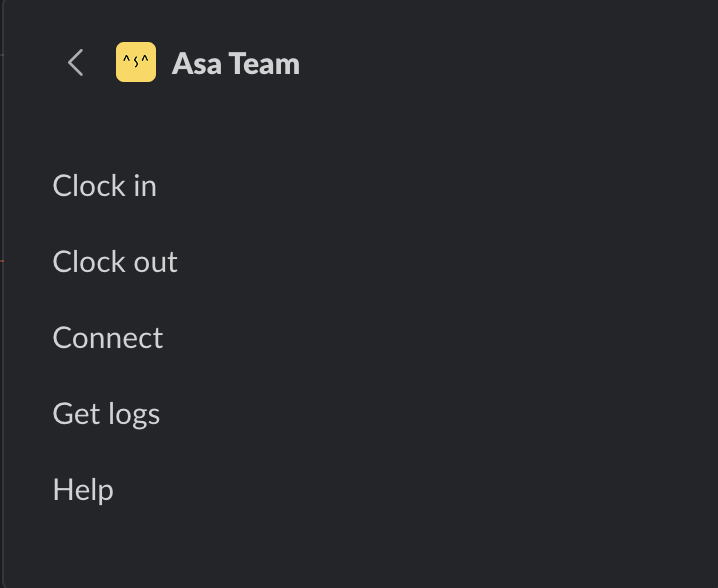 You can also directly enter the command after the slash, for example, entering /Clock in followed by enter will execute the Clock in command 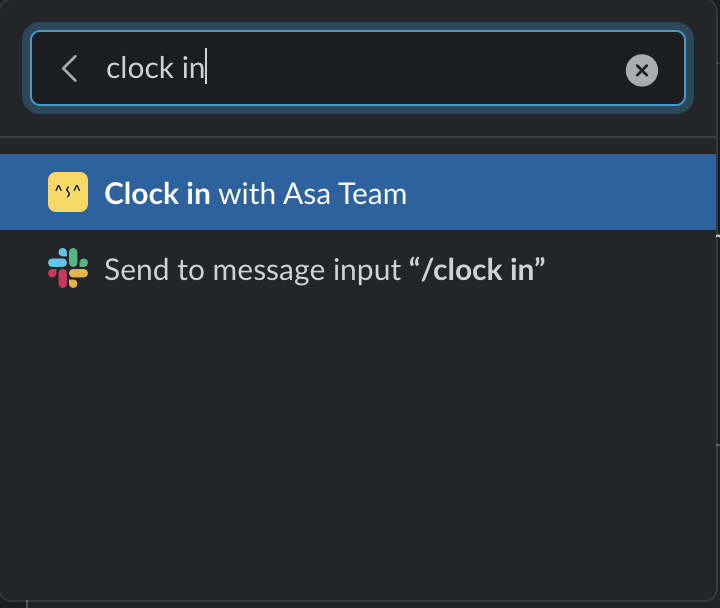 2. App mentionsYou can mention Asa in your workspace if you have added it or in the direct message with Asa, and let it know which command you would like it to execute e.g. in, out, logs, help, connect

3. Direct messageLastly, you can enter the commands directly into the asa direct message, e.g. in, out, logs, help, connect

Was this article helpful?